In a consumer-driven, convenience-oriented environment — where self-service is for many a preferred way to order food, check-in for a flight or check out groceries — the question isn't so much which industries leverage kiosks, but which ones do not. As Bill Stutzman, VP of Strategic Initiatives at Ventus said, “From quick-serve restaurant settings to airport lobbies to supermarket settings, kiosks are being deployed more than ever before.” Indeed, the global interactive kiosk market was valued at roughly $14.8 billion in 2018. It's forecast to top $29 billion by 2026, according to research conducted by Report Ocean.

Simple to operate for business owners and convenient for the customers who use them, state-of-the-art kiosks are proving to be winning solutions for the organizations and governments that have them in place and the users that actively seek them out. Kiosks can even be used to pay off bills for people who are always on the go, as states like New York, Massachusetts, and Michigan have rolled them out for parking, water, and other utility-related expenses.

Versatile and omnipresent though kiosks may be, they require a regular and reliable connection to work their magic. One of the best out there is 4G LTE and soon 5G. As you're working towards your kiosk deployment wondering about which network arrangement will best suit your kiosks' needs, you'd be hard-pressed to find a better one than a 4G LTE. Stutzman added, “When combined with a managed network service provider supporting the selection of which carrier, hardware, data plans, remote management, and monitoring companies can focus on the success of their customer experience.”

And there are several reasons why, but first …

What is Managed 4G LTE Solution?

What makes the LTE router so ideal for kiosks?

1. Reliability
If there is one thing kiosk users depend upon, it's reliable connectivity. They expect kiosks to not only be there for them to use but also for the internet connections that the terminals leverage to be uninterrupted. Frequently, kiosks are located in business environments where there are other systems and devices that require connectivity, which is often obtained via Wi-Fi. But if several different stores are all using the same connection, the signal will inevitably degrade, perhaps even to the point of dropping out entirely.

That's not a problem with cellular. When kiosks are set up with an LTE router, connections stand on their own and are designed to outperform Wi-Fi. In addition to being more reliable and having blazing speed, LTE offers fewer latency issues with enhanced bandwidth, unlike Wi-Fi. (IoT devices that share Wi-Fi must compete over bandwidth.)

Plus, in the event of a cellular carrier outage, multiple carriers serving the same area can offset the risk of downtime. 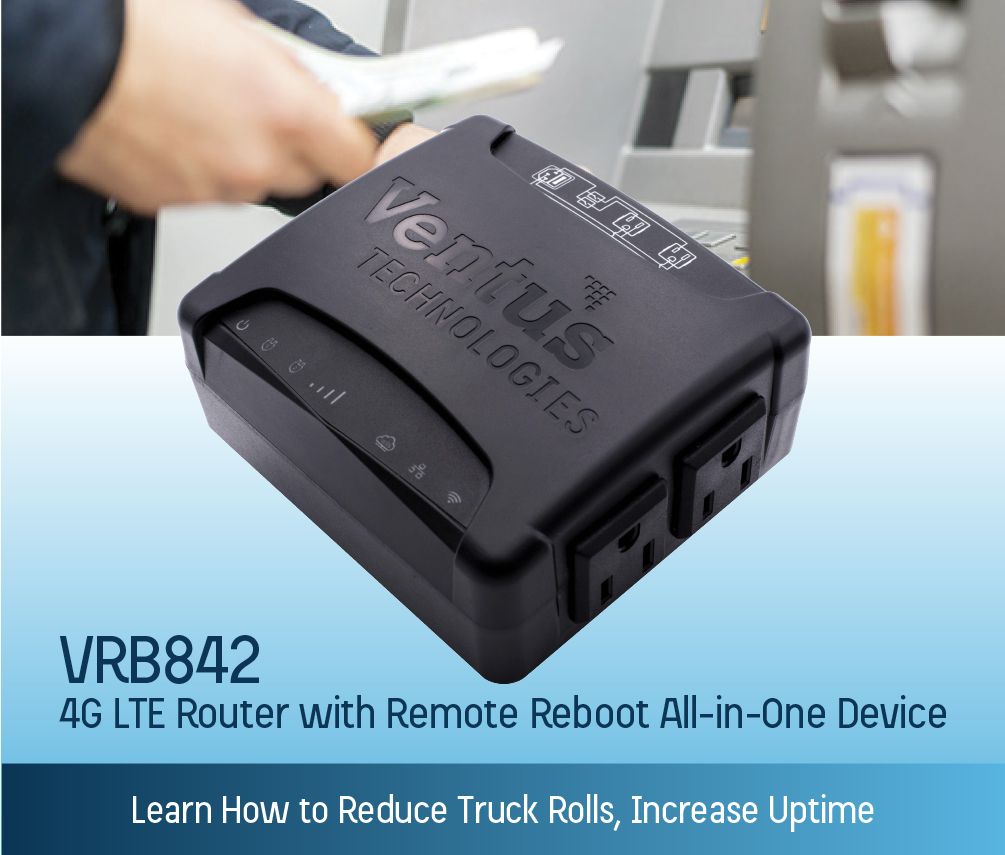 2. Affordability
Speaking of reliability, perhaps nothing is more dependable from a connectivity standpoint than a wired connection. But in addition to the freedom of movement that a hardwired network inhibits, they're expensive to set up. According to Fixr, the national average is approximately $3,800 for every 2,000 feet of CAT-6 cable. And that's just for the basic fixed-line internet infrastructure. It also assumes wired connectivity is an actual option, which isn't always the case, depending on where kiosks are positioned.

4G LTE is a much more cost-effective and convenient way for kiosks to get online. Providers offer a flat monthly fee. Plus, since more cellular providers are entering formerly underserved markets, it paves the way for lower prices as a product of competition.

3. Security
Cyberattacks are an ever-present and persistent threat in a tech-driven economy. The bad actors behind these attacks are always looking for vulnerabilities to exploit and data to steal. Because kiosks are often placed in high-traffic environments where customers congregate, kiosks are an ideal target to infiltrate.

But that isn't the case when their connection method is an LTE router. Advanced LTE routers have built-in firewalls. Furthermore, when LTE routers and connections are made possible by cellular managed service providers, encryption and continuous monitoring offer added layers of protection and prevention.

For security, reliability, and connectivity like no other, choose Ventus. For kiosks, ATMs, digital signs, and more, we offer continuous monitoring and end-to-end management for disruption-free connectivity and 24x7x365 technical support that is designed to fit your needs and technical support. Contact us today to learn more about managed network solutions.